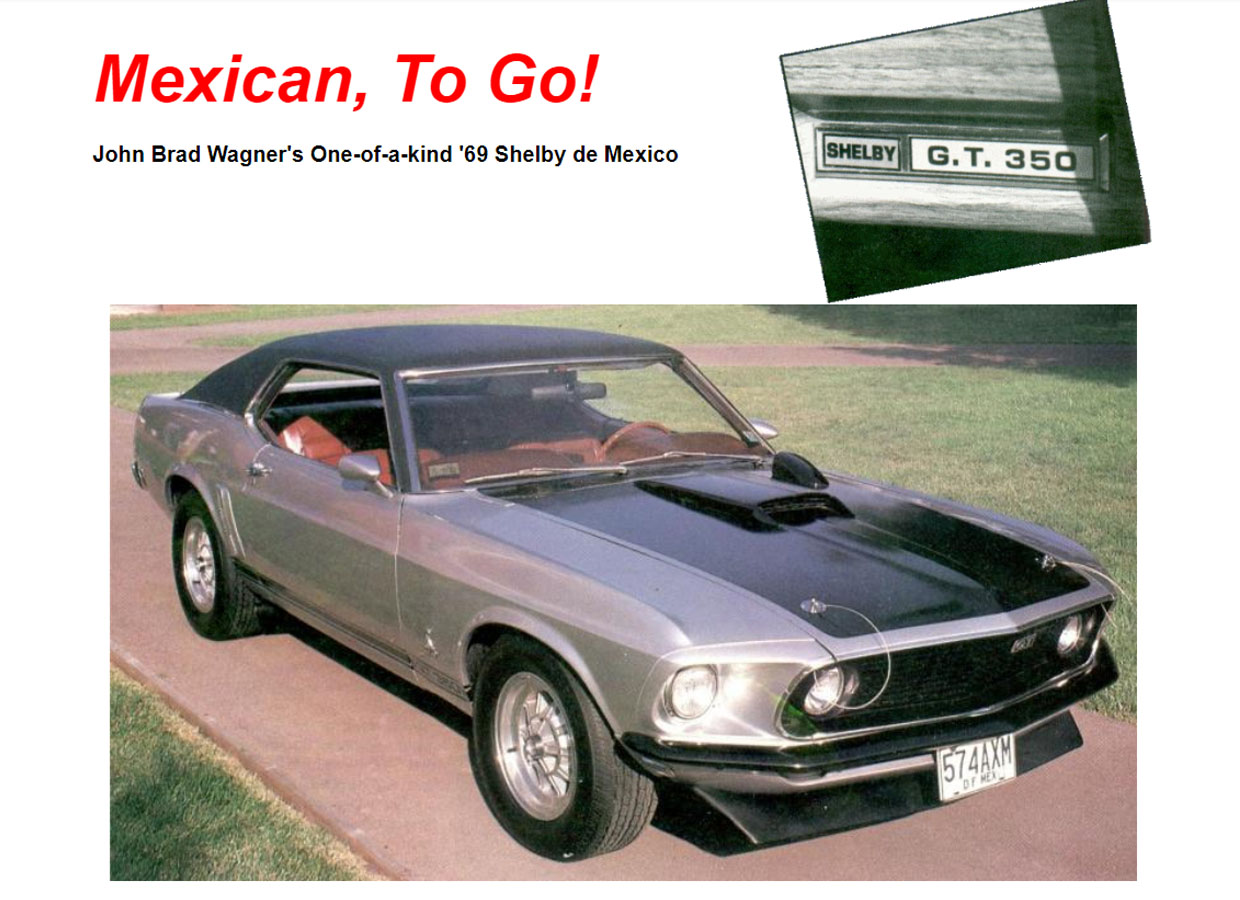 Article and photographs by Tom Corcoran. Reprinted from the January 1990 issue of Mustang Monthly.

In 1967 there were 169 cars produced; in ’68 Shelby de Mexico created 203. In ’69 they shifted from using 289 engines, and turned out 306 units powered by 302s. The ’69 models were unique in that a fiberglass section was designed to extend the roofline rearward to approximate the appearance of a fastback. The vinyl-covered roof created a silhouette unlike any other Mustang. The front view of the ’69 Mexican GT-350s was pure Mustang GT, with a fiberglass front bumper and an exterior tachometer added to the blacked-out hood. But the rear taillights, taillight panel, deck, and spoiler pieces were ’69 Shelby units. 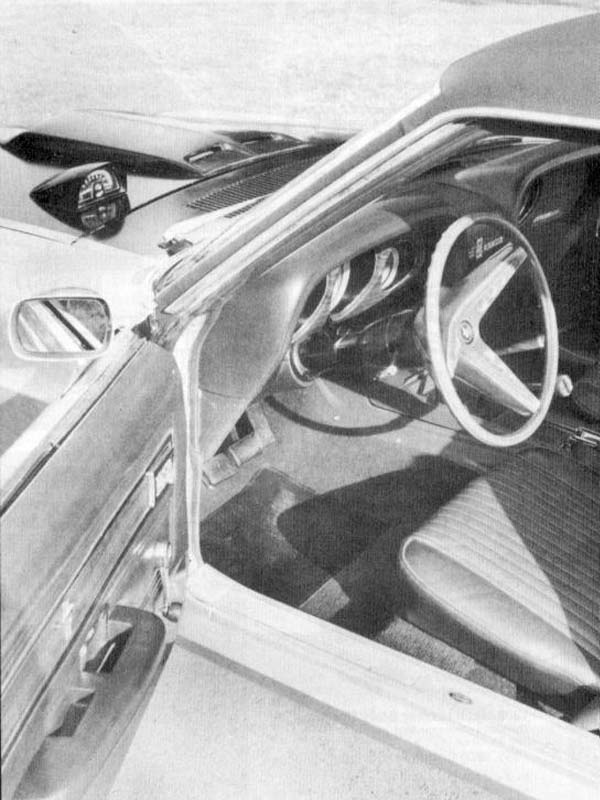 As with Ford Motor Company and Shelby Automotive, the production line at Shelby de Mexico knew exceptions to the rules. Exterior colors supposedly were limited to red, black, white, gold, green, and blue. Interiors were black or white. This silver 11,000-mile ’69 Shelby GT-350 hardtop, which belongs to John Brad Wagner of Alamo, California, has a red interior and does not have a 302 cubic-inch engine. Instead, it is powered by a special «Trans Am Series» 289 engine which still sports Valley Head Service racing heads bearing SCCA homologation numbers found on original R-models. It runs a four-speed transmission and Uniroyal of Mexico radial tines. According to an article Eduardo Velazquez authored in The Shelby American (#54), the ’69 model was his favorite. This one (#AF07JP26606) was one of three ’69 GT-350s he personally owned.

Other unique equipment on this GT-350 are the aircraft style driving lights, the oil cooler mounted ahead of the radiator (with the filter high on the driver’s side inner fender), and the kilometer gauge speedometer. It his no power equipment nor heater. Because the Mexican government required at least 80 percent of a Mexican-built car’s components to be manufactured in Mexico, the Mexican Deluxe interior has uniquely grained headliner, pebbly grain vinyl seats, different carpet and door panels, and low-back Deluxe seats, while the dash pad is correct for a domestic ’69 Mustang. The tire pressure sticker in the glove box is printed in Spanish, as are all other stickers and tags on the automobile. The windshield and rear glass are Chinmex; the side glass is Carlite. Rather than being a 9-inch Ford unit, the rear end is a Dana 60 locker made in Mexico.

With the assistance of restorer Scott McNair and friend Ray Holdsworth, who met Sr. Velazquez at SAAC-13 in California, arrangements were made for the GT-350 to be driven to Texas, then delivered to northern California where the purchase was finalized. This Mustang’s pedigree is doubly unique: it is truly Mexican, and it is truly a Shelby. 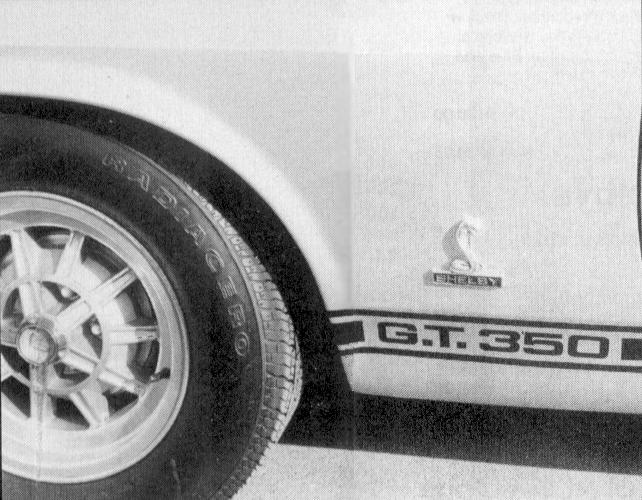 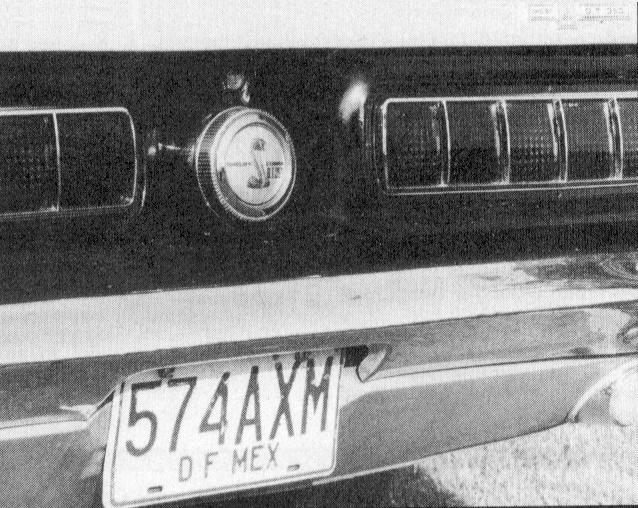